A trip back in time -  “I'd say we were like over excited school girls!” this is the reaction of one of the past-pupils of Brosna, Noreen Ryan, referring to their recent gathering in Brosna.   She writes:

Last Nov. 2015, a group of past pupils of Brosna got together in a hotel with some former teachers whom we hadn't seen for some years.  It was a most successful and enjoyable day. As a result, we decided to put a little more effort into contacting former pupils and Sisters.  We decided on an afternoon in Brosna as it held so many memories for us all and also we were interested to see how the renovations were progressing.  We contacted the current owner, Mr. Tom Alexander, to see if it was possible and without hesitation, he facilitated us.

So, at 2 pm on Sunday 16th Oct. the cars began to arrive and it was lovely to see some familiar faces and some we hadn't seen for some time.  We had arranged to have afternoon tea and had an upper limit of 60 people.  Glad to say we had no problem filling the 60 places and could have had at least 20 more.  So, apologies to anyone who didn't get there this time but we hope to have another event in 2017 to include everyone.

We were greeted by the owner in the main hall of the old house which has been beautifully         restored.  Tom gave us a short talk on the history of the house and on the long period of         restoration.  We were very impressed to see the house reflecting all its former glory and at the same time recalled some of our favourite haunts of former years!  The house is now being promoted as an up market wedding venue and we were glad to hear that there had been 4 weddings in 2016 and a further 12 planned for 2017.

The sun had begun to shine outside so we decided to take a walk in the beautiful gardens and had a photograph taken on the steps leading into the Italian gardens.  We visited the 'stew ponds' and the 'hexagon' and recalled visits to the hockey field, Whitepark.

At the sound of the big bell, we went into the beautiful dining room (formerly the Sisters ref.) for afternoon tea.   The smell of the lovely fresh scones straight from the oven and made by Tom's wife, Mary, was very welcoming to us all.  We sat and exchanged news and recalled old times and the buzz of conversation and laughter filled the room.  Our repast was followed by a tour of the old school which sadly, has fallen into disrepair but still evoked many memories.  The foot baths are still there as is Sister Joan's science lab.  We went out the back and the laundry and the potato house still stands.  There was many a story of adventure there!

Sadly, by this time, it was getting close to departure time.  So, with sad hearts we said our goodbyes but with the hope that it would not be long before we all meet again.  We cannot thank Tom and Mary Alexander enough for their hospitality and their patience with us as at times I'd say we were like over excited school girls!  Many thanks to all who travelled from far and wide to be with us and again, apologies to all who wanted to be there and could not but we will meet again.

Click on a photo to see it in a larger view 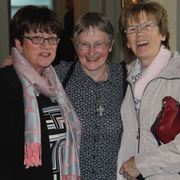 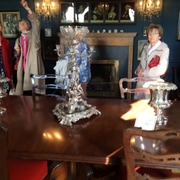 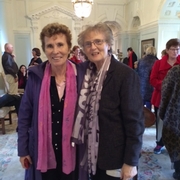 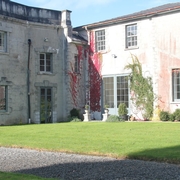 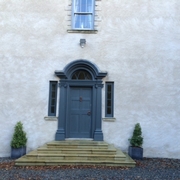 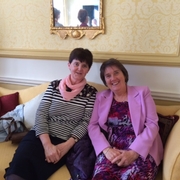 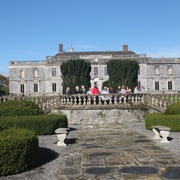 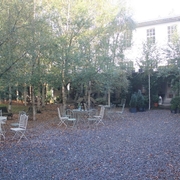 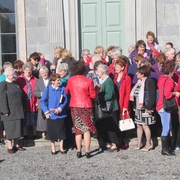 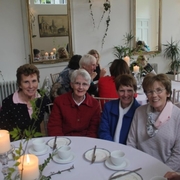 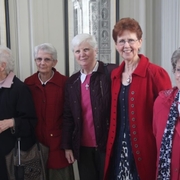 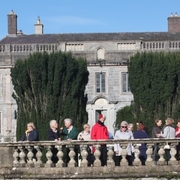 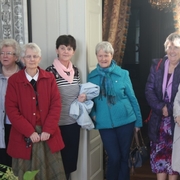 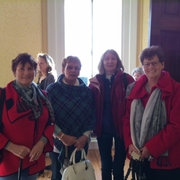 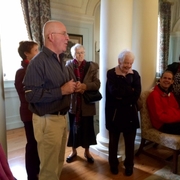